The works have allowed the rehabilitation and improvement of Eduard Toldrà Auditorium and the central space, called Fishbowl 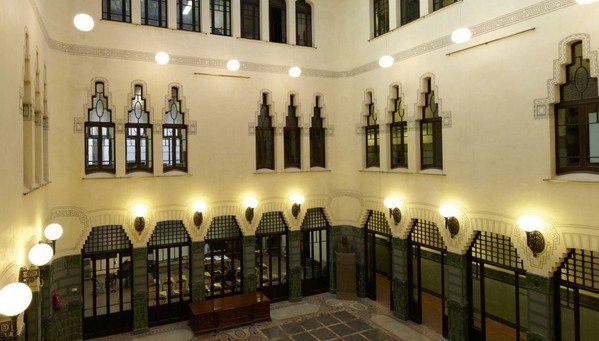 The auditorium seats have been changed, which have gone from 324 to 315, wider and comfortable. Have also been improved and sound installations to adapt them to the current regulations, and has modernized the space, which has also been decorated with scores of the composer.

The other space is renovated courtyard, called Fishbowl. In this room, covered with a skylight and finished modernist interventions have helped eliminate those damp cracks and repair them. In addition, tambés’han restored stucco and paintings. The works will allow the building is part of the Route of Modernism in the city. “With these interventions open space in the city,” said David Martin, director of the Conservatory.

During the operation have also renovated the 80 doors of the building, incorporating windows that let in light and vision from the hallways. In total, the works have involved an investment of 794 450 euros. “With these works, the building has been adapted to the needs of students, but also to make a public use,” said Raimundo Viejo, Councillor for Education and Universities.

The building is the headquarters of the Conservatory since 1928, and during this year there will 1,000 students, who are undergraduate professional learning music and other unregulated open courses. The opening of these spaces coincides with the tenth anniversary of the “concert Thursday,” which offers free concerts open to the public.