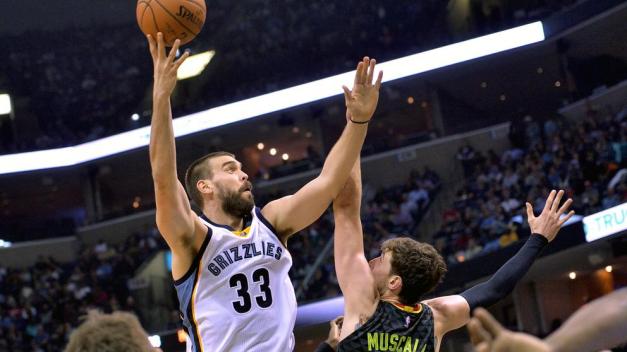 The Spanish center of the Memphis Grizzlies, Marc Gasol, acknowledged today that he had missed participating in this year’s European and said it will be “an honor” to return to the Spanish national basketball team at the Olympic Games in Rio de Janeiro next .

“If God wants and are healthy, and can be, it is always an honor to help colleagues (in Rio de Janeiro 2016),” said Gasol in the locker room of the Verizon Center in Washington after the match of the regular season in the his team lost to the Wizards 91-100.

Asked about his absence in the European this year in which Spain won launched by the actions of his brother Pau and if he had missed his participation, Marc was resounding.

“I imagine, just imagine,” he replied on the European tournament that decided not to participate for taking “a break”.

Meanwhile, Gasol, 30, justified the irregular performance so far this season NBA team with 16 wins and 15 losses, nothing that the Grizzlies are in a process of change in style. “I’m adapting myself. After seven years playing in a way, the change now takes time, we must be united, disciplined, and hit it hard,” he said about the new scheme with lower players and higher tempo of the Grizzlies .

“The challenges remain will be in a good playoff position, be up and fight for the conference finals and obviously for the final,” he added.

He appreciated, in this sense, the great form of the Golden State Warriors led by Stephen Curry, with 26 wins and just one defeat so far in regular season, but he was cautious. “It is a lot of NBA, more than half . It is true that they are in a very sweet moment, but a lot of season left to play, “said the player of Sant Boi.

Also said the performance of the San Antonio Spurs, with 24 wins and 5 losses, also in the Western Conference, and other rivals to beat. “There are teams that have a good pace attack, they know what they play, very close, that things are very clear and they are going very well,” Marc, now stayed at 11 points and six rebounds.