Cadiz dancer perform at the Tivoli Theatre until May 1 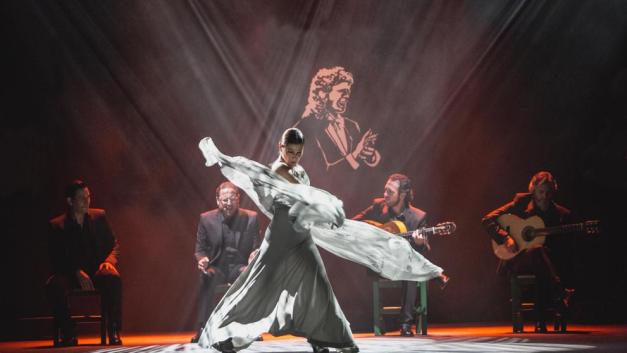 The spectacle of Cadiz flamenco dancer Sara Baras, “Voces”, release today at the Tivoli Theatre in Barcelona, ​​where it will be until May 1, after its premiere in Paris and a long tour that has passed through Tokyo, New York and London, among other cities.

In “Voces”, the choreographer pays tribute to Paco de Lucia, Antonio Gades, Camarón, Enrique Morente, Carmen Amaya and Moraíto, who have had so much influence on it.

In this assembly, José Serrano is guest artist and choreographer of his speeches, while the musical direction has been made by the guitarist Keko Baldomero.

“Voces” begins with an introduction that sounds in the voice of the announcer Carlos Herrera on an empty stage chaired by a candle and images of the six “masters” of flamenco.

After a brief introduction, the protagonist performs with his artistic partner José Serrano, Paco de Lucia is the first that appears and your voice sounds to vindicate “the front of the talent work.”

Sara Baras then begins the journey that leads from Algeciras to San Fernando, La Isla, and dances in honor of Camarón, just before it reaches the turn of Antonio Gades, with choreography dyed red passion.

The following tribute is Enrique Morente, against the dancer whose photograph, which closes the show with a tribute to guitarist Moraíto dancer Carmen Amaya and the only star whose voice does not sound on stage kneeling.