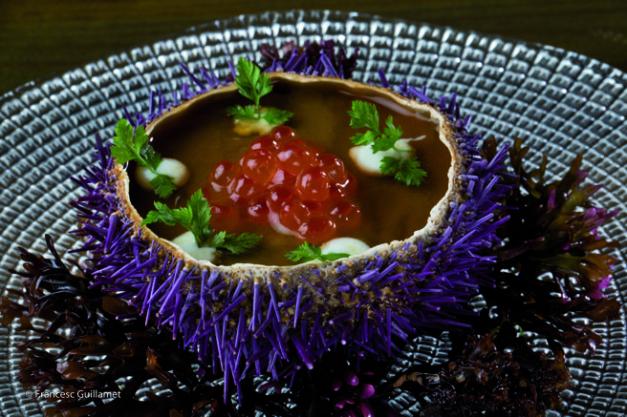 In case anyone had forgotten, just a month ago some nostalgic remembered that half a decade has passed since El Bulli closed its doors as a restaurant.

Reminisced that day in late July in which he said goodbye with a memorable dinner (under various items in the kitchen, the best chefs in the world that once had formed orders Adrià and missed Juli Soler, who died last summer).
Sharing, the project three exbullis
There are also back five years to return to the beginning of Compartir, the restaurant opened in Cadaqués, in a house with more than three centuries old owned by gourmet Pere Vehí (one of the most regular customers of El Bulli). It was the first experience as entrepreneurs who were three key pieces in Cala Montjoi: the former heads of cuisine El Bulli Oriol Castro, Eduard Xatruch and Mateu Casañas.
They announced in June 2012 with a small mouth that wanted to start his own career by opening a casual dining establishment without more aspirations than serving dishes to share, with seasonal ingredients and simplicity which would bring his personal touch.

And then they remembered that this was not, by far, claims to be another Bulli, which does not tire of repeating in the fall of 2014 when they opened in Barcelona the Disfrutar. If the latter was his great landing, with a big bet creative cuisine (leading a team of 45 people), which has earned them recognition in bulk from that lit the stove, the Compartir remains true to those origins of a simple proposal and attractive to spend a good time with family or friends in one of the most beautiful places on the Costa Barava.

They themselves believe just going for his fifth summer menu. Recognizes Mateu Casañas, who these days is at the front of the house while his friends are enjoying butt in. “We are more than happy because we fill every day and in all services. And it is a pleasure to be making improvements every season. Each is a big step because we started with very little resources, with only four people and now we are twelve template. For these value as a great luxury to compare a new fridge or make any improvement. ”

Casañas, like their colleagues, keep the speech when they started. “They keep asking ourselves if our kitchen is bulliniana and we continue to respond to El Bulli ourselves, because it has been important part of our lives and because there grew up as cooks and as people.”

If you get to the cove Montjoi supposed to diners who enjoyed the signature restaurant, get to a secluded place, they are aware that a lunch or dinner at the Compartir also requires a break of a day to enjoy a proposal not disappoint.

Beautiful, light and succulent starters, from artichokes confit salad with almond sorbet and vanilla oil, nuts, raisins and hazelnuts; tomatoes with basil different textures; sardines marinated with beet; oysters with cinnamon foam; tuna cannelloni …
Delicate dishes in which each piece fits and enhances what goes with it; pickled mackerel or anchovies with honey fir; suquet monkfish or pork tenderloin with bacon. Some are kept from the beginning, such as hazelnut coulant with apricot sorbet, which is already a classic.

Others, have been readjusting and have evolved as themselves. They know that some houses work great thanks to the complicity between brothers and are accustomed to ask them if not more complicated understood among friends.

They family feel and are organized smoothly, “Because we know very well and each of us is engaged in a more prominent way to what you do best.” Of all the years of El Bulli, explains Casañas (Oriol entered the 96, he Xatruch in 97 and in 99) are left with the best teaching: “We learned to create those who fancied. To be free. ” 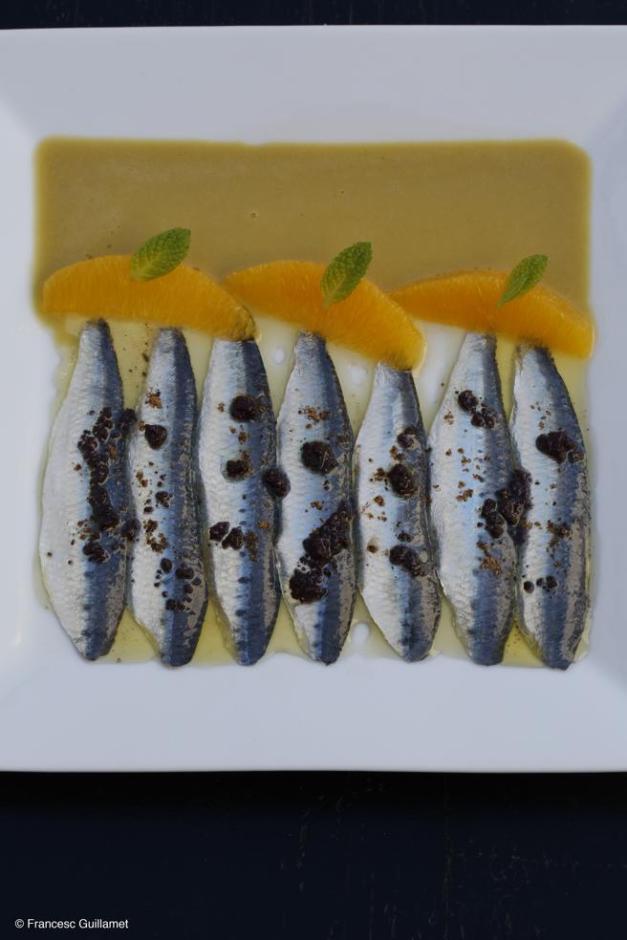