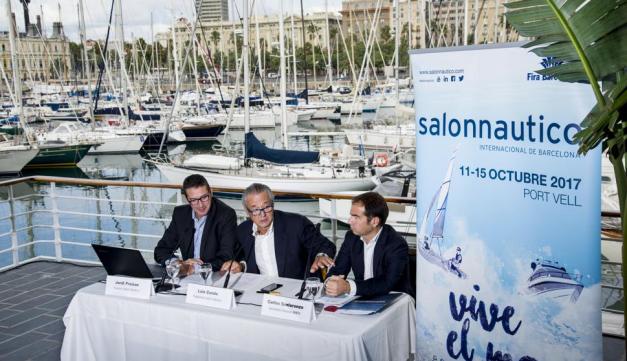 The Barcelona Boat Show 2017 will have new applications for greater connectivity and more environmentally friendly engines, among the most outstanding innovations.

Between 11 and 15 October, Port Vell will host more than 120 new products (16% more than last year), more than 80 new boats and some 40 in engines and electronics to exhibit the latest trends in the nautical sector, explained on Wednesday Fira de Barcelona in a statement.

According to the organization, this year highlights the devices in high definition and real time that simplify the location of fish banks and a great precision in the recognition of the seabed, in addition to the mobile applications that allow to control the movement of the anchor.

The 16th edition of the Boat Show demonstrates its leadership and this year it doubles the number of boats on display that are nominated for the main European awards of the sector, the European Boat of the Year 2018, awarded by the European specialized press.

The event, organized by Fira de Barcelona with the collaboration of the National Association of Nautical Companies (Anen), has experienced an increase of 11% in net exhibition space compared to the previous edition, 23,000 square meters in the docks of Spain, the Moll de la Fusta and Port Vell, and 7% in participating companies with a total of 275 exhibitors.

The event has also registered an increase of 11% in its floating offer compared to 2016 and exceeds this year the 180 boats over 8 meters in length exposed, highlighting the fleet of 21 catamarans, one of the most important that is exhibited in Europe .

Have you ever clicked your mouse here?