It is the eighth and last Unesco World Heritage that opens to the public in Barcelona and plans to host 150,000 annual visitors 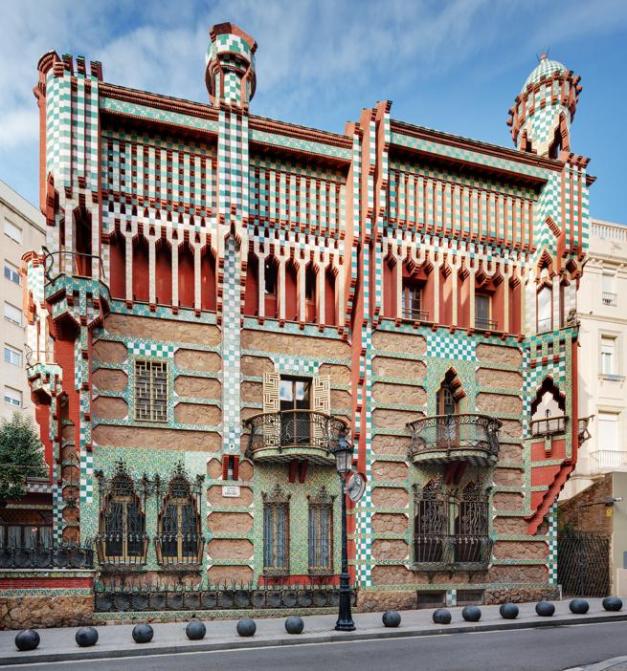 The Vicens house  by Antoni Gaudí will open its doors to the general public for the first time in the fall of 2017. Located on Carolines street in Barcelona, at the western end of the Gràcia neighborhood, it was acquired in 2014 by MoraBanc banking through Your investment vehicle Amura Capital. The entity has assumed the four million euros that has cost its laborious rehabilitation and adaptation, which has extended one year more than expected.

The Vicens house was built between 1883 and 1885 and for 130 years has maintained exclusively the use of family residence, first only summer and then as usual. Now he will propose a cultural visit for those interested in modernist architecture, who will be able to know the beginnings of Gaudí through a work considered as the prelude to Catalan Modernism.

The property expects to receive about 150,000 people per year, has detailed the project director, Joan Abellà. The visit to the house will be completed with a permanent exhibition based on three blocks of content: the history of the estate, the Casa Vicens as an essential manifesto of Gaudí’s work and the social, cultural and artistic context in which he has lived and evolved. The price of tickets has not yet been made public.

It is the eighth building in Barcelona listed as Unesco World Heritage in 2005 and will be the last of this select list to open to visitors. It is preceded by the Sagrada Familia, Casa Batlló, La Pedrera, Park Güell, Palau Güell, Palau de la Música and Hospital de Sant Pau. It was the first house that made Gaudí after graduating in the Provincial School of Architecture of Barcelona, in 1883.

A singular and living work

The building has a brick and glazed ceramic covering with Arab and medieval influences. Gaudí recreated in it the figurative worlds in vogue at that time, but at the same time incorporated more personal decorative and symbolic elements, which announce the creative freedom that will be present in all his future work.

The Jover family bought the house in 1899 from the widow of the businessman Manuel Vicens and transferred it from parents to children for a century, until its sale to the Andorran group for an amount that is still unknown. In 1925 the house underwent a major reform and expansion, which the Jover commissioned a friend of Gaudí, the architect Joan Baptista Serra de Martínez. They wanted to stay to live all year in the house, originally conceived for summer stays, has told the museologist Marta Antuñano, so they asked to transform it into three independent floors.

The architects Jose Antonio Martinez Lapeña, Elías Torres and David García sign the meticulous project of rehabilitation and restoration, with which they have claimed the original originality of the Gaudinian work. Martinez Lapeña has stressed the need to “give life to an object at risk of disappearing and restore it as was estimated” at the beginning, taking into account that housing is the space that have undergone less modifications over time.

Antuñano explained that the museological proposal will be precisely to recover an original source located in the courtyard and “put in value the original work” of the house.

The renovation will also mean the recovery of the terrace and an original staircase in the central part of the building, which gave meaning to the single-family home and which was lost in the 1925 renovation to divide the building, said the architect David Garcia. “Having no original reference to Gaudí’s staircase, we have decided to restore a staircase that will not try to imitate Gaudí’s and will comply with current regulations,” explained Lapeña.

The impact of tourism

The veteran director has remarked that the project takes into account that the house will open its doors in a moment of reflection on the impact of tourism in Barcelona. Therefore, the team works with the District of Gràcia and the Department of Tourism of the City of Barcelona to develop a Plan of tourist impact in the neighborhood. Abellà, who was manager of the MACBA until last May, wants the local visitor to occupy a preponderant place in the public of the new space.

Caroline Street is very narrow and the sidewalks are small, so the possible crowds generate suspicion among the neighbors of the area. To avoid the generation of queues, Casa Vicens