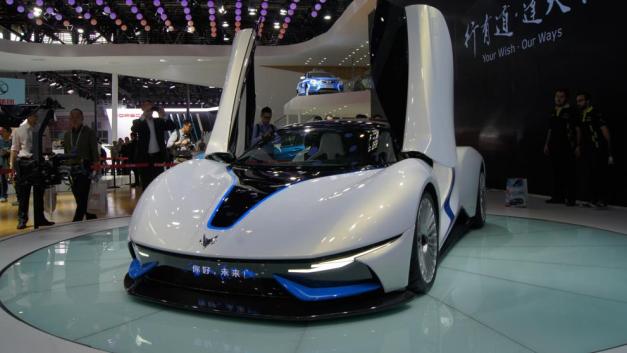 Visitors to the Motor Show in Beijing found this time with a striking surprise in the form of supercar. It is one hundred percent electric, his name is Arcfox-7 and its design has been carried out by R & D BAIC BJEV Barcelona Center, a collaboration between Campos Racing and Chinese automaker BAIC.

For the development of this stunning supercar it has been applied extensive experience of Campos Racing in the world of racing for almost twenty years and BAIC BJEV brand in the field of electric cars in China for six years. The performance of Arcfox-7 are impressive, it is able to accelerate from 0 to 100 km / h in less than 3.5 seconds, while top speed is 260 km / h.

It has a length of 4.47 meters and a wheelbase of 2.8 m. The vehicle has three driving modes (circuit, comfort and eco) that handle automatically adjust the suspension height to heights ranging from 80 to 120 mm.

Since one of the objectives of the designers of the model has been to achieve the best possible aerodynamics, the model has a front splitter and a rear spoiler. Note that the supercar BAIC BJEV mounted tires 265/30 front and 315/30 measures behind. Responsible for stopping the vehicle is an integrated brake calipers and four-piston 380 mm carbon discs equipment.

China Confronts Tesla with a car developed in Montmeló (Barcelona) 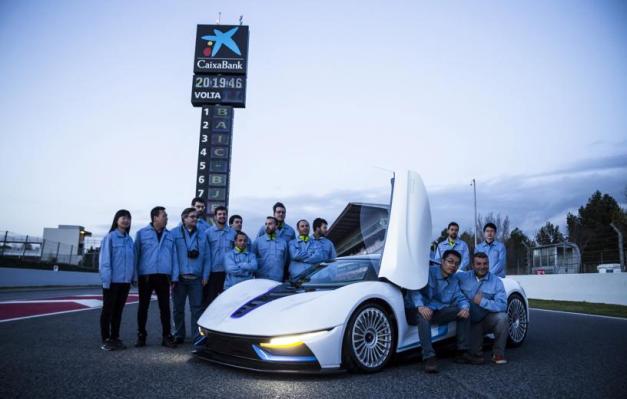 The next day 25, the fifth-largest automotive group in China, BAIC will present at the Beijing Motor Show a prototype electric sports vehicle that wants to prove he can stand up to Tesla. This prototype has been developed by engineering Campos Racing in Montmeló (Barcelona).

BAIC is a group with 130,000 employees in China, which manufactures all ranges of vehicles, from passenger cars to industrial combustion and electric: has five models of electric utility market. Baic contacted Campos Racing after Nelson Piquet won last year’s Formula E with Team China team with team Campos.

Campos Racing was founded in 1998 by which it was Formula 1 driver Adrian Campos and discoverer of Fernando Alonso. In 2009 was the first Spanish team in Formula 1, and now serves as team-with its engineers, mechanics, pilots trucks-, brands and sponsors and participates in major championships (except F1). Alzira and facilities in Montmelo, adds some 120 people, mostly engineers and mechanics, and a turnover of around 14 million.

“Besides being team competition, we decided to go for ability to develop electric vehicles,” explains Joan Orus, technical director and one of the partners of Campos Racing. “There is now a boom in electric car, and we take all the experience we have for all brands that want to develop technology and prototyping.” For this drive the R & D center in Montmeló where already 15 people work. “We will seek other agreements, we look at China or India marks, and in three years we grow up to 60 or 80 people,” adds Orús.

BAIC prototype sports car with a range of 300 km that can be charged in 45 minutes; everything went Montmelo, with an engine that is modified on an existing model on the market. The project, with a budget of 2 million, has been developed in six months. After its presentation in Beijing, thinks Baic make a limited number of the vehicle in 2017, but the bet is to incorporate the latest technology in electric car racing their street vehicles. “We want to help sell in America and in Europe,” adds Orús.