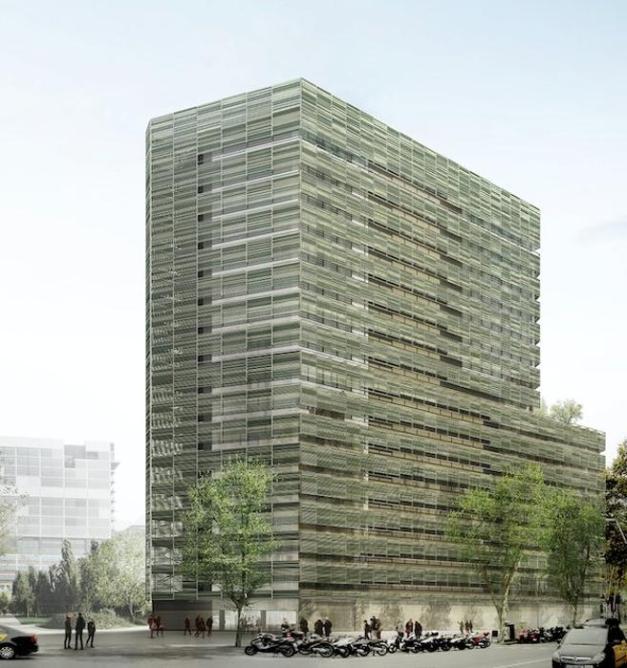 Colonial has begun construction in the 22 @ district of Barcelona of the largest turnkey office building in recent years in the Catalan capital, with 24,500 square meters and 17 fully diaphanous plants – without columns – of about 1,800 square meters Each, which will involve a total investment of 77 million euros and is expected to be ready by mid-2018.

At a press conference on Monday, Colonial’s business director, Alberto Alcober, explained that this building seeks to offer the highest quality of space and environmental organization –opt to become the first office building in the city of Barcelona LEED Platinum certification – making the difference with the existing office supply.

It is located in the street Ciutat de Granada 150, next to the Plaza de Glòries; Will have a facade of 100 meters in length covered with ceramic pipes in green and raw shades, and the part that gives the interior of apple will have a vegetation cover to integrate into a municipal park that is planned urbanization.

The building, which is designed by the Batlle i Roig Arquitectura studio, will also have terraced gardens, and is marketed exclusively by Cushman & Wakefield, which has already secured a pre-rental contract with the Norwegian group Schibsted, which will occupy 10,200 meters Square – 9,400 offices and 800 terrace – spread over six floors, with between 700 and 800 employees.

Schibsted will unify the three buildings it currently occupies in the Barcelona area – two in the capital and one in Sant Cugat del Vallès – gaining a 30% of surface, for which it has signed the largest pre-rental agreement in the city In the last 10 years for a building under construction.

The director of organization and development of people of Schibsted Spain, Jaume Gurt, affirmed that it will be a space to grow and that will help attract talent – at present they have personnel of 29 nationalities -, while favoring synergies: “We believe that being together we can improve the way we work. ”

In addition to Schibsted, which owns portals such as Infojobs, Vibbo, Fotocasa, Habitaclia, Milanuncios and Coches.net, the future office building is receiving more samples of interest from potential tenants, according to its proponents.

This project is part of the investment plan announced by Colonial in 2016 and was acquired by the patrimonial group Benson Elliot fund for 45 million euros, while it will allocate 32 million to the construction. 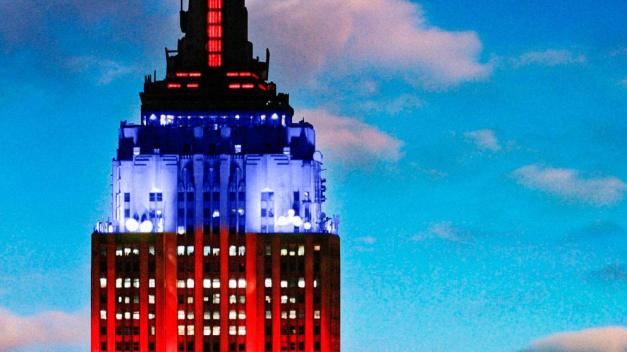 New York unveiled to the world on Wednesday that his heart is Barça. The most emblematic building of the most famous city on Earth will go to sleep wearing the club’s colors. The Empire State Building will light up in blue and red in recognition of the club and its Foundation for the ten years of partnership with Unicef. A symbolic act that will also serve to welcome the city to Barcelona and to its new headquarters.

Vice President Jordi Cardoner ex football player Ronaldinho and Barca will be responsible for carrying out the formal ceremony at the Empire State to turn the lights ready for the occasion. Barca colors will remain linked to the building throughout the New York night, in view of the millions of tourists who gather daily in the Big Apple.

The staff of the club, starting with the president Josep Maria Bartomeu, has moved to Manhattan to open a new sales office which should mean an injection of income for barcelonistas coffers, an act that will take place on Tuesday at 250 Park Avenue , one of the nerve centers of the city.

The 2016-2017 season and all activities will take place in the Poble Nou, in the building that housed the Justice i Peace Cooperative 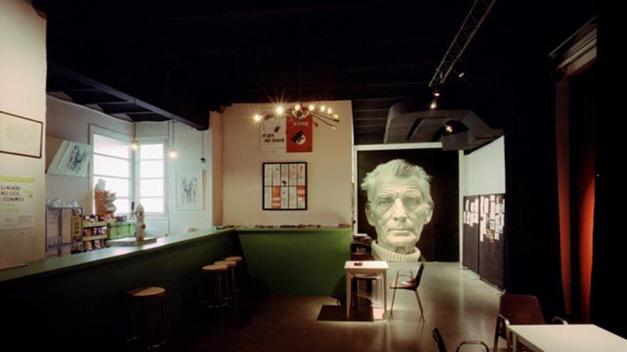 Sala Beckett will bid farewell to its headquarters in Gràcia with a series of 27 dramatic readings of the most memorable works of history, because for the 2016-2017 season and all activity will take place in the Poble Nou, in the building that housed Justice i Peace cooperative.

As reported by Efe a spokesman for the theater, readings farewell space in which for 27 years has been the Sala Beckett will be held between February 29 and April 20. Each work will be read by the same actors who debuted for eight weeks and the different artistic teams that make up the history of Beckett were reunited to say goodbye to the local de Gràcia, along with viewers.

To choose the works have been contacted with creators, workers and spectators who have passed through the room to find out what shows recalled especially. Until now, designers like Xavier Albertí, Merce Arànega, Sergi Belbel, Josep M. Benet i Jornet, Oriol Broggi, Laura Conejero, Pep Cruz, Cunillé, Miriam Iscla, Julio Manrique, Pau Miró, Alex and Luis Soler Rigola have already confirmed his participation in dismissal.

In addition to panel discussions and readings parallel activities on different themes of contemporary theater and about the past and future of the Sala Beckett they will be organized.