Will present designs by 33 creators and brands 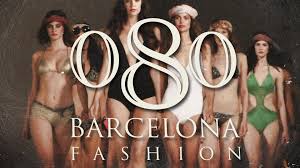 A total of 33 designers and fashion brands will present their collections at the next edition of 080 Barcelona Fashion, which will be held from January 30 to February 3 at the Teatre Nacional de Catalunya (TNC).

The young creators Daniel Rosa, Anel Yaos, Pilar del Campo and the firm Aubergin will debut on the runway, and the 080 will also feature, for the first time, the Little Creative Factory children’s fashion firm and the renowned designer ZE Garcia, as invited.

The closing parade will be carried out by the firm E. S. Collection, which will showcase its novelties in the current panorama of men’s intimate fashion.

The catwalk 080 Barcelona Fashion chose the framework of the TNC to celebrate its 19th edition with the intention of “enhancing the fashion-culture tandem and generating synergy between fashion, as a cultural expression and other artistic manifestations”, recalled today the organization of the contest .

The collaboration of 080 with the TNC coincides with the 20th anniversary of the inauguration of this public theater, a reference of the performing arts in Catalonia.