The American band releases its new album, ‘The Getaway’, on June 17 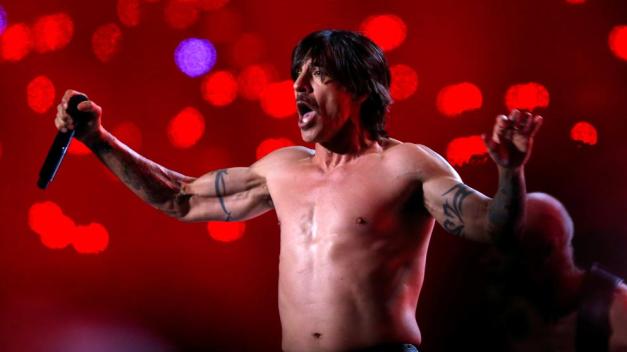 Good news for fans of Red Hot Chili Peppers.After five years without acting in Spain, the band returns this fall with concerts in Barcelona and Madrid. A few days ago the US group announced the release of their new album, Thursday dates of their upcoming tour in our country are confirmed as Doctor Music announced through a statement. In Madrid, they calling at the Barclaycard Center on Tuesday September 27 and Barcelona will do so on 1 October at the Palau Sant Jordi.

Tickets can be purchased from 10: 00h on Wednesday June 1 through doctormusic.com and ticketmaster.es, also in Fnac, Carrefour and Halcón Viajes Travel, by phone on 902 15 00 25 and other points sales of the Ticketmaster network. The price of tickets for Madrid is 50, 65, 75 and 90 euros for tickets reserved in tier seat, and 65 euros for track.

Tickets for the show in Barcelona will range between 50, 60, 65 and 90 euros for tickets reserved in tier seat, and also to track 65. They can be purchased a maximum 6 tickets per purchase.

Red Hot Chili Peppers announced two weeks ago that it will release its eleventh studio album, “The Getaway” (Warner), after five years since the last ago – “I’m with you” – on 17 June. The album is produced by Danger Mouse and mixed by Nigel Godrich and already the first single, “Dark Necessities” available on all digital platforms known. With every ticket purchased for concerts in Madrid and Barcelona a code with which, from June 17 you may download the album or get a physical copy of The Getaway be included.

On Saturday, Anthony Kiedis, singer of the group, had to be rushed to hospital as a result of strong stomach pains shortly before the band concert in Irvine, Los Angeles. As a result of the incident, the group was forced to suspend the recital few minutes before the start.

The Korean company KT, multinational specialized in telecommunications, has chosen Barcelona to set up an office from which it will implement its products throughout the European continent, announced Sunday Jordi Baget, Minister of Enterprise.

Baiget has said in TV3 that the recent Mobile World Congress, an agreement with the company, one signed the most important Asian level, to be installed in the old city, in addition to explaining who has the idea of ​​distributing technology and Catalan label products in their markets.

The establishment of the office is the gateway of KT on the European continent and generate new jobs in the city, asserts Baiget. He also behave “investment opportunities” for Catalan companies in the telecommunications looking to expand in the Asian market sector.

KT, founded in South Korea in 1981, leads users telephony and high-speed internet in their home country and is one of the major operators to Asian level, a fact highlighted given the competitive South Korean market and its rapid transformation.