The Grupo Catalana Occidente has reached an agreement to acquire the modernist Bellesguard tower to the Guilera family, current owners of the property. After months of rumors of sale of this emblematic Barcelona building built by Antoni Gaudí, the insurer and the family have confirmed the transaction in a statement on Friday.

The operation, the group has emphasized, responds to the vocation of contributing value to society and has exceptional character. The company will invest in the conservation and restoration of Torre Bellesguard, maintaining the lines of action of the Guilera family, which rehabilitated it from its own pocket and opened it to the public five years ago. However, the distance from the center and the amount of Gaudí works that can be visited today have reduced the success of the influx initially planned.

The farm will keep the tourist visits and events that it hosts, as well as its use of heritage space. Being a property listed as a Cultural Asset of National Interest (BCIN), public administrations have the right of pre-emption and retraction on the operation, although they would have declined the preferential purchase option, which must be made at the same price agreed upon by the two private parties.
For the family it has been key that the buyer of the property is a business group with “special sensitivity” towards art and culture, given the relevance of the Bellesguard Tower within the work of Gaudí. The sale and purchase would reach 33 million euros. 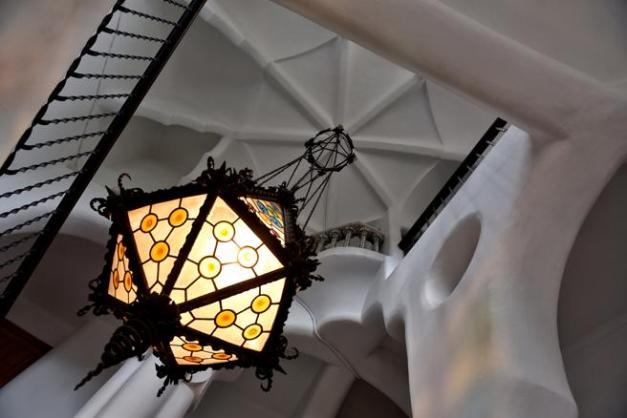 The Guilera family bought the Bellesguard Tower in 1944 and have been its owners for more than 70 years. Initially it was used as a hospital, since Luis Guilera was a renowned doctor and pioneer in the study of cancer. In 1974 the tower became the habitual residence of the family. The deterioration of the great cross that crowns the tower forced a first rehabilitation action and in 2011 the Guilera took the decision to initiate an integral action in order to safeguard this heritage and open it to visits, undertaking the necessary steps and investments to put in March the tourist activity.