New museum-shop in the Rambla of Barcelona

It will disclose the main cultural icons, and tickets selling, local products and will also feature a gourmet cafe

Museum-shop in the Rambla of Barcelona

La Rambla counted from tomorrow with a new cultural showcase, Espai Patrimoni with an innovative format and focused on the dissemination of cultural and gastronomic heritage of Catalonia. It will occupy the basement of the Palau Moja, on the busy corner of Rambla/ Portaferrissa, where were the library of the Generalitat de Catalunya and the exhibition hall Max Cahner for years. The project has more than three years of gestation and up to three times postponed the opening date for the Ministry of Culture and the winner of the contest UTE’d just agree the design and functions of space.

The Espai Patrimoni will address both locals and tourists and will combine three features: museum-shop with Catalan history as narrative backbone, gastronomic restaurant and tour desk with ticket sales. The museum-shop will occupy most of the space and will consist of a tour in 11 stages: prehistory, Iberian, Greek legacy, Roman legacy, Romanesque, Gothic, Baroque, Industrialization, Modernism, artistic Geniuses (Picasso, Miró, Dalí) and contemporaneity. Each period will have its exhibition space, with a historical explanation help of audiovisual and interactive technology; an identification tourist icon (Roca dels Moros of Cogul, Ullastret, Empúries, Roman Amphitheatre, Sant Climent de Taüll, monastery of Santes Creus, Cardona Castle, mNACTEC of Terrassa, Colonia Guell …) and a map of Catalonia with the ten location assets representing. A horizontal strip will travel around the perimeter as a timeline.

In addition, and therein lies the novelty, each step accompanied by a selection of products on sale, related to the subject. For example, the Greek influence shall be accompanied by books on the site of Empúries and Romanesque wines show designations of Catalan origin. The offer will include everything from handicrafts, jewelry, fashion and footwear, to products of sweet and savory food, home accessories and more traditional souvenirs such as postcards, mugs, key chains and magnets. It will also include books, DVDs, music and chests of experiences.

The cafe area open nine o’clock until midnight and will allow visitors to have a light snack, lunch or dinner and tastings of traditional dishes of Catalunya. “Gastronomy is another element to publicize products and companies in the country,” says Angel Diaz, manager of Advanced Leisure Services (ALS), with Sapiens Publicacions public tender for the conceptualization of space winner and exploitation by a period of 10 years renewable. Sapiens has been responsible for all content and develop ALS manage the space. “A long period allows for a more ambitious investment and be more relaxed about their repayment” he argues.

The third function that will house the Espai Patrimoni tourist information. A central counter resolve questions about how to get to the assets which explains the “museizada” area and also sell tickets and visit. It will include both public spaces such as churches in the Vall de Boi, and private, such as Casa Batllo or Peralada Castle for example. Initially not exclusively include recreational attractions, such as amusement parks, shopping malls and football stadiums, but the door is not closed to formulas that include a cultural value.

Experimentation and analysis of the public response will determine the precise direction of space, which also has perspective dedicate the courtyard of the Palau Moja -at accessed from Portaferrissa- to sign the Catalan intangible heritage as the castellers or traditional festivals.

As for transport, Diaz notes that “at the moment there are no plans to organize group outings” but yes rented cars, and give information on alternative public transport mobility. “We want to close the circle, giving incentives to encourage visits and facilitate the means to finally do”, he argues. “We have searched unprecedented worldwide and we have not found any equivalent,” he adds.

The Espai Patrimoni is the most visible to the citizens of the young Catalan Agency for Cultural Heritage, an entity of the Department of Culture created in March 2014. It will also seek to revalue by a ‘brand’ own neoclassical Palau Moja project, somewhat forgotten by the locals despite its historical significance for the city. To draw the attention of the millions of visitors to the Rambla, the local will wear their glasses-slightly hidden by a large porches arches- vinyl heritage icons, that will change. Also it hosts activities to call the local public, such as tastings, children’s workshops and project presentations.

However, the new cultural showcase will live with ten offices and tourist information booths operating in the Rambla, as heterogeneous as coordination missed each other. In recent months, they have proliferated private ticket counters and organized tours, with special prominence for Barça-parties and has even opened a retail outlet passes nightclub. Turisme de Barcelona has two offices -anexas the Gran Teatre del Liceu and Experience- Jamon, a focal point within the monument to Columbus and kiosks Plaza Catalunya and Portal de la Pau. The City Council, meanwhile, has the Last Minute-Ticket 3 rarely crowded despite selling theater tickets exclusively 50% three hours before the start of the show. 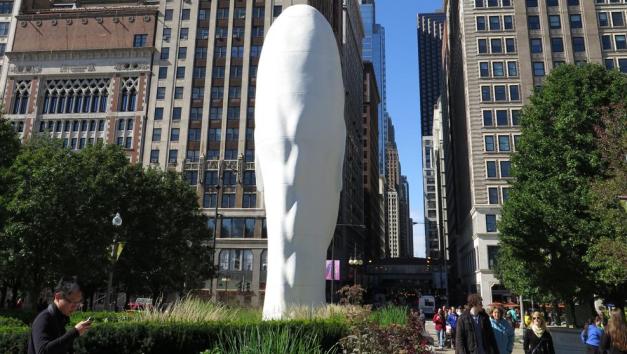 In his first appearance, now just over three years ago, this gigantic head of almost twelve meters high, creating the Catalan Jaume Plensa, emerged from the water at the beach in Rio de Janeiro, in front of the Christ of Corcovado and scanning the bread Sugar. For those things of art, city of wind and icy winters long and was then installed in a central location in Chicago.

Despite the appreciation of the locals -like it or not, nobody is going unseen- Awilda you move again 18 months later. He goes in search of the Miami Heat.

This monumental piece took -equivalent to four floors-story home in the Millennium Park in the metropolis of Illinois in June 2014. He came to celebrate the tenth anniversary of the Crown Fountain, a permanent composition of Jaume Plensa located in the same enclosure that opened in 2004.

The Crown Fountain, turning it into a national icon and benchmark consists of two glass towers -15.2 meters each- where images of a thousand Chicago residents are projected. The initiative was formally called commemorative portraits 1004. This was because Awilda traveled together with other colleagues, smaller and make the bags while her. Paula will go to Washington-to the National Portrait Gallery- while Agnes and Laura return to Europe to participate in an exhibition at the Museum Max Ernst, near Cologne (Germany), confirmed yesterday the same Jaume Plensa by telephone.

Awilda stays in the United States. The acquired Jorge Perez, head of the real estate firm The Related Group, which yield at least a couple of years the Museum Park for display. His final home seems to be the Perez Art Museum of the city of Florida.

The artist takes a more positive view of this temporal experience, located in the key qualifying place in Chicago, at the intersection of Madison Street and Michigan Avenue. At this junction, emphasizes, “it is where the numbers change from north to south, is the city Ecuador”. Hence it has made an impact among the inhabitants of the great architectural city and its visitors.

The figure, composed of a dozen pieces, began to dismantle Monday and take several days to complete the operation.

In social networks they have already begun to appear reviewed their stay and go. There are mixed feelings. Some say they feel relief because they felt intimidated, but begins to dominate an opinion Awilda affection.

“It is a nice symbol that takes you from the busy loop (elevated train) to a meditative space,” wrote the tourism specialist Kym Spilker. “I feel calm and gives me peace and community,” Stephanie interjected photographer Bassos chicagoist.com on the website.

“People realize that a piece like when you go,” says Plensa. “In his absence the sculptor adds they will miss and will realize what they appreciated. When they ask what is this? But the disappearance, observed the gap and give an extraordinary value. ”

If the 1,000 citizens reflected in the two glass towers are ordinary people, Awilda is too. Like all figures Plensa, his inspiration comes from a real person. In this case, a girl who was twelve at the time, and neighboring Dominican origin of Barcelona.

“I’m always inspired girls of eight, twelve or fourteen years, sometimes slightly higher but with something particular as an idea for the future. I see the future in women, “remarks the talk.

As in other compositions, Awilda has his eyes closed. Not that I want to see the beautiful surroundings, but tries to provoke in the viewer’s search for inner beauty. 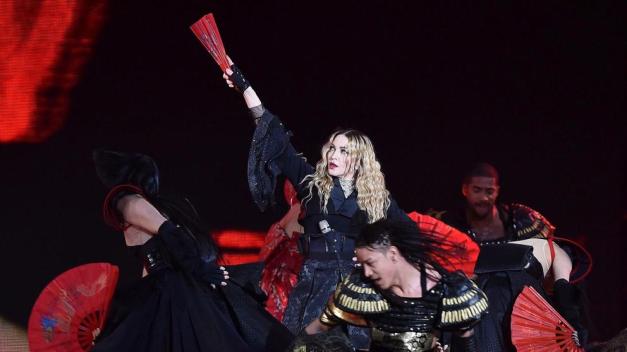 For many it is the ‘Queen of Pop’, a crown that looks for many years already. Billboard magazine considers Madonna as the most successful female solo artist in music history, a singer who returns to Spain after three years without coming to the country, professionally speaking. Madonna offers the 24th and November 25th two concerts at the Palau Sant Jordi in Barcelona within your Rebel Heart Tour which started last September in the Canadian city of Montreal.

The first single from Madonna, who was motherless at age five, was Everybody that by the next single, Burning Up, became hits on American radio. But the strongest triumph succeeded internationally with the song Holiday, starting point of a legend that still continues life. In 1984 he published one of his most successful albums, Like a Virgin, very recognized later hits as Like a player, La Isla Bonita, Ray of Light, or the appearance of its Erotic album. That’s four decades in the limelight during which he has released 13 studio albums, six compilation albums, over 80 singles and 10 world tours in his 35 year career.

Speaking of Madonna is undoubtedly appoint one of the icons of contemporary pop culture, but is much more than an artist. The singer is a true fashion icon, a diva who has become a gay icon and a standard bearer of reinvention and concert as spectacle.