Specialized in software for banking and financial technology platforms

The British technology company Adaptive has opened a headquarters in Barcelona to serve all of Europe, which has led to the creation of 16 new jobs. The company, however, plans to generate more jobs and close this year with a team of 30 professionals, mostly computer developers.

Adaptive, which specializes in the creation of software for banking entities and fintech, has counted for this investment project in Catalonia with the support of the Generalitat through Catalonia Trade & Investment, the area of attraction of foreign investments of ACCIÓ.

Founded in 2012 in London, Adaptive has a team of 100 people worldwide and has recently opened an office in Montreal, Canada. The head of the Barcelona office, Pierre Prevot, has assured that Adaptive will develop leading technology from its Catalan headquarters for various international projects. “We decided to open offices in Barcelona to be closer to our European customers,” Prevot said.

“Barcelona has a lot of added value because there is a favorable microclimate for technological innovation,” he argued. “Catalonia is a very multicultural and international region that will allow us to take advantage of the talent of the whole world,” he continued.

According to ACCIÓ, over the last five years 52 investment projects from the United

The economic promotion service of the city of Barcelona has been chosen as the best in the world, according to a report by fDi Magazine, Financial Times group. The award considers the Catalan capital to be the “most efficient” in the world to attract foreign investment projects. Of the 124 participating cities and regions, Barcelona has achieved the highest overall rating and has excelled in several of the 46 individual categories such as performance management, diversification strategies and strategies Web.

Jaume Collboni, Deputy Mayor of Barcelona, has celebrated the recognition and highlighted that “Barcelona has developed over the years an international economic promotion strategy recognized around the world that is shared with public and private agents and seeks collaboration , and not just competition, with other cities in the world.

“In fact, the data presented within the Observatory 15 days ago already showed that Barcelona during this period has been one of the main urban areas of the world receiving international investment projects. Therefore, the recognition that comes to us now is the key to understanding the notoriety of these data, said Collboni.

I expected better show the “gray areas” of the Civil War 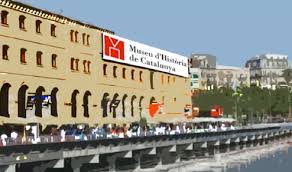 The new director of the Museu d’Historia de Catalunya (MHC), Josep Boya, working on an update of the speeches and modernizing formats museum culminating in ten years to make it more dynamic, adapting to new audiences and silenced visible social groups as women and immigrants, said the director in an interview with Europa Press.

On the eve of its 20th anniversary and with only one amendment made to extend the contents until 2009, the museum has become outdated and is now facing a renewal process explained its new director: “There is a logical impairment, there is a move from aesthetic fashion of museum, “he said.

“The opening of Catalunya to the world” will be the storyline of the new museum proposal –previa interna– discussion Boya –tiempo plans to close five year duration whose term to be approved and begin to materialize from 2018, although it will culminate in ten years.

Thus, the dominant theme of the museum will no longer be the relationship Catalunya-Spain for the ‘leitmotif’ is “the lace of Catalonia in the world, beyond politics,” stressed Buoy in the next ten years .

The current museum “reflects the consensus and dominant discourses of Catalan historiography of 70 and 80, which has evolved” and many issues have been revisited by historians, stressed Boya, who has indicated that museums are not immutable. According to Boya, the current museological discourse is too based on the suffering and pain and its role now is to balance this situation: “There is a very large burden of war and conflict in all historical periods, and the twentieth century is brutal. ”

Boya has advanced to be a review of the discourse of the Civil War: “The Civil War is normal –which has much weight– marks us much, but over the museum much space, and now go to find a story more social and chiaroscuro “.

Without giving details on when the museum will be declared a national by law, Boya commitment to a centered “structures of everyday life, in the evolution of mentalities, women and body” story, he said, while it has talked to lower the volume of the political and institutional history a bit.

For the reform process, which will think the structures of a museum for 25 years, especially Boya fixed at the Museum of Civilization in Quebec, where he formed; Dauphinois in Grenoble Museum and the Museum of World Cultures in Sweden, the Världskultur Museerna.

“The idea of the new museum gets the ideal of total history, and as an ideal or utopia is the Ithaca to which all go,” said Boya, the three main areas of the museum are: the history of Catalonia, the presentation of other cultures and civilizations and a mixture of the two.

In this line, the museum plans for next year an exhibition on the history of love and marriage, coming to talk about remarriage to reflect the country’s identity, and has a preliminary agreement for another exhibition to bring to talk to Catalonia and Morocco.