Medieval art at the MNAC Museum 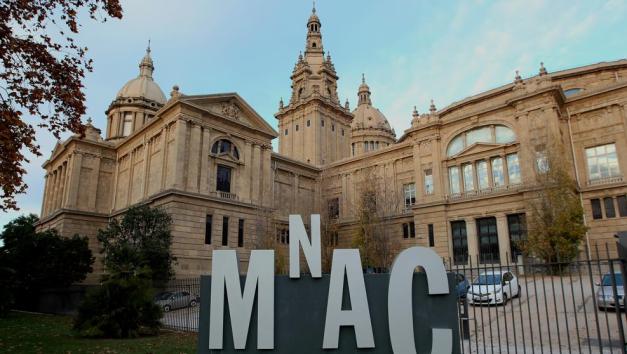 Medieval art at the MNAC Museum

The MNAC exhibits from today 20 masterpieces that the collector Antonio Gallardo Ballart has donated to the museum, including pieces of Romanesque art of the twelfth and thirteenth centuries from Catalonia and Castile and Leon; Gothic tables Serra, Lluís Borrassà or Bernat Martorell, as well as the Renaissance.

With this donation of medieval art, the main produced in European museums in the last 50 years of this type of work, according to the MNAC, the National Art Museum of Catalonia (MNAC) happens to have one of the best collections in the world Gothic and Romanesque art, as highlighted by its director, Pepe Serra, showing the works.

Serra explained that the works, “donated generously by Antonio Gallardo, who has found that the MNAC is a good destination” for them, chose the museum itself, which has made a selection of top quality parts first level .

Among the works that are incorporated into the museum’s collection there are also important pieces of key artists of the fourteenth and fifteenth centuries, as Jaume and Pere Serra, Lluís Borrassà, Bernat Martorell, Pere Teixidor, Martín Bernat and Nicolás Francés.

The donation of Antonio Gallardo, one of the largest shareholders of laboratories Almirall, has been carried out following an agreement of the collector with the museum and the departments of Economics and Culture of the Generalitat, by which also the Catalan government has committed to accept the rest of the collection and payment of future taxes.

MNAC director remarked that he hoped this donation will serve as an example of a philanthropic action, which is not in the mentality of the Catalans, “because it is common to buy.”

After the donation, the works have become the property of the Government, which has joined the catalog of Catalan Cultural Heritage and has given the MNAC to be exposed.

Of the works that pass the museum include fragments of mural paintings from monuments of Catalonia and Castile, all dating from the twelfth and thirteenth centuries, which represent a valuable complement MNAC collection.

Jordi Camps, curator and expert in medieval art, said that with this donation a set of spectacular works “or at best dreams we could imagine” is achieved.

For Camps, “it is as if there was a burst of Gothic and Romanesque art that can banish the idea that the Middle Ages was dark” because donating can see in color works so far only been seen in photographs in black and black in some books.

He also insisted that the value of the pieces complements and enriches what we already had the MNAC, and represent an important part names, typography, iconography and references of the museum lacked.

The core of the collection that the museum is reached Gothic painting and among the works that are incorporated there are names that were already well represented, as Bernat Martorell Serra or brothers, who have balanced what was already there.

The Commissioner has emphasized also in a table of Lluís Borrassà, which was represented succinctly in the museum, and the Gothic painting of Nicholas Francésc Miracle of Mount Gargano, who was the author of the altarpiece Gothic Cathedral of León, and it is part of a whole.

This painting, which comes from the church of San Miguel de Villalpando (Zamora), is part of a group that currently is dismembered and divided among several museums, such as Montserrat or the Cincinnati Museum of Art (USA).

On the origin of the collection from the museum management explained that Antonio Gallardo bought over the years with the help of an antiquarian who gave advice in choosing the works, and have stressed that there are very few collectors of this type of gear and leaving very little work of this kind for sale.

The tour of the exhibition is chronological and the walls have been painted blue to highlight the pieces, among which are The Virgin with Child and Angels Jaume Serra, unknown until 1990, or The Crucifixion of St. Peter, Pere Serra, the altarpiece of the church of Sant Pere de Cubells (Lleida).

The MNAC has also published a catalog with sheets of parts, which will also be the subject of a subsequent job search.

Paying taxes through works of art it is provided for in the tax law formula, which allows taxpayers to meet their tax debts through the delivery of artworks cataloged, or other goods registered cultural interest in the records.