The Valencian company Air Nostrum recovers the air route between Valencia and Barcelona, after years without air service between the second and the third capital of Spain. The first plane will start on March 26 and the intention is to get return flights the same day, company president Carlos Bertomeu announced at a press conference with the president of the Generalitat Valenciana, Ximo Puig, and the Minister of Economy, Vicent Soler.

According to Bertomeu, it is a “risk bet”, since it is a “complicated route”: “Although it has volume, the average income is low.” Likewise, he has revealed that recovering this airline has been an express and repeated request of the Valencian government at a time when the railway connection is “deteriorated”. Puig stressed that it seems “unusual” that there is still no AVE (high speed train) between Valencia and Barcelona.

Bertomeu has said that the project is starting to walk and has not committed to give a daily number of flights, but has expressed its intention to make it possible to make the trip back and forth on the same day between the two cities. It has also committed to launch “specific flights to bring Catalans to the Fallas,” celebrations that take place in March.

At the same time, Ximo Puig has announced a subsidy line with Air Nostrum for “ecomarketing”: through an initial four-year agreement, the company’s planes will be “painted” with different cultural, festive and tourist motifs of the Valencian Which operates the company. In this way, Air Nostrum and the public company Society Thematic Projects (SPT) commit to invest 6 million euros each. The first year will decorate 20 aircraft progressively; The first will deal with the declaration of the Fallas as Intangible Heritage of Unesco. The promotion will change every year depending on what the Tourism Council determines.

Regarding the possibility that the aid could be interpreted as a subsidy to the route Valencia-Barcelona, the Valencian president has been forceful: “The Generalitat Valenciana is not going to subsidize that flight nor any”. Bertomeu has insisted that the new route and the tourism promotion campaign are “two absolutely separate issues”.

The president of Air Nostrum has framed Valencia-Barcelona flights in an attempt to boost inland tourism, which has decreased by 4% in the last year and is “the one that rises the average cost”, with trips of congresses and end of week. Likewise, it has announced that for this route the company will make a “selection of cabin crew of Valencian”.

The challenge to digest millions of data

Turn off the alarm clock out of bed and look at the phone. Whatsapp answer a few of your friends owls, answer a few personal emails and a couple more from work and turn on the radio while preparing breakfast, I take while viewing the media or on the Internet that offer you saw the other day. Only these little routines, and generate millions of data impossible to digest in the old way, so it requires new systems: it is what is known as the phenomenon of Big Data.

“Big Data is based on high-speed analysis of a large volume and variety of data through innovative and cost effective ways of processing to improve understanding and decision-making,” explains Professor of Master in Digital Business at ESADE, Josep Lluís Cano.

Some figures to understand the sheer volume of information that are generated 40 billion photos Facebook or manages more than one million transactions per hour Walmart records, equivalent to 167 times all the information from the Library of Congress United States, one of the largest in the world.

The process of this deluge of data is performed through means based on information and communications technology (ICT) systems evolving. This ordering is essential to analyze the information we generate, so that it can give you later use. Cano detailed that data people produce, are useful for progress in many areas: health, logistics, energy, administration and, of course, trade and marketing.

Fingerprint and commercial use

Nobody finds it strange because after a flight search in Internet, the next day his Facebook page appears flooded with offers of hotels and restaurants in the city selected. This happens because when you travel search of a fingerprint that makes it identifies you as a potential customer of other businesses allowed.

From the point of view of consumers, we give our data when we accept, for example, conditions of a new application that down to our smartphone.

We do it in exchange for a particular service or information, we are willing to assign as the relationship compensate us, “said Cano, who stresses that often accept these conditions without even reading them.

The academic stresses that the process of data an individual does not represent a violation of their privacy always to be given for statistical purposes, that is, if we consult a route in Google Maps can use our expertise to calculate the time of the journey, but not to control where we are and what we do.

In this sense, appeals to the “ethical sense” of the organizations in using the data to which they have access, since there is no regulation in this respect that concrete limits.

Increasing the amount of data generated it has occurred at the same time the penetration of new technologies, a phenomenon still fresh. This has led to the emergence of a new professional figure: the data scientist.

“It’s a very complex profile, as it must be someone with technical knowledge of computers, systems integration and statistics; with business acumen to analyze the data, and with imagination and communication skills to explain them to know”.

The lack of trained professionals in this area has led to multidisciplinary teams who are in charge of data analysis as colleges and business schools are moving in the preparation of new professionals having all of these skills. “It’s a great opportunity to find out in the working world”

Seeing the necessity of be more respectful with the environment, we are thinking to introduce a full-sized electric for car service in Barcelona with driver, than can be used as a sedan.

Did you listen something about Tesla Motors company? They offer a 100% electric luxury sedan for 5 passengers & 900 liters of capacity (trunk) 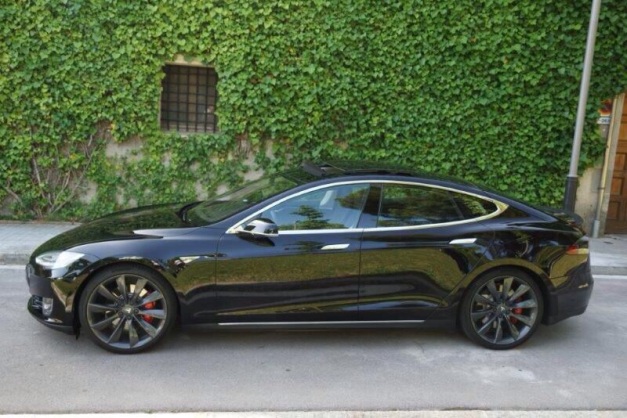 The US Environmental Protection Agency (EPA) offical range for the Model S Performance, model equipped with an 85 kWh battery pack is 265 milles (426 Km), topping the Tesla Roadster to lead the electric car market

The car was codenamed WhiteStar during research and preliminary development.

The 60 kWh battery was rated to deliver 230 miles

Beginning with vehicles manufactured in late September 2014, all new Model S’s come equipped with a camera mounted at the top of the windshield, forward looking radar in the lower grill, and ultrasonic sonar sensors in the front and rear bumpers that provide a 360-degree buffer zone around the car. This equipment allows Model S to detect road signs, lane markings, obstacles, and other vehicles.

The instrument panel is a 12.3 in (31 cm) LCD display that indicates speed, power usage, charge level, estimated range and active gear. The gearbox can be set to Drive, Neutral, Reverse and Park. The infotainment control touchscreen is a 17 in (43 cm) multi-touch panel divided into four areas.

The Model S is one of just a few cars to have ever achieved a 5-star safety rating from both Euro NCAP and the U.S