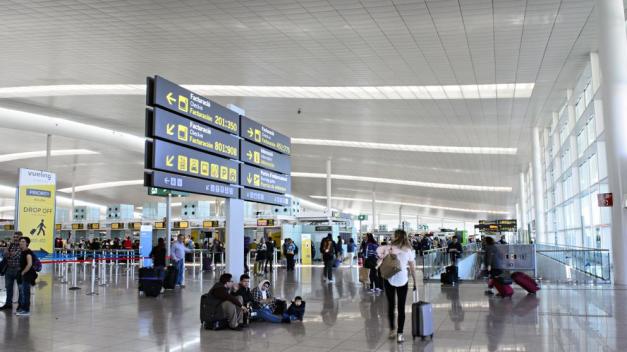 And according to the strategic plan of the Air Route Development Committee (CDRA) for 2018-2019, the potential for growth is increasing. Currently, there is an unmet demand of 4.5 million international passengers; travelers with origin and / or destination Barcelona who would fly directly but who do not find adequate offer from the airlines.

A demand that continues to grow and has increased by more than one million passengers since the presentation of the last strategic plan of the CDRA, in 2015. According to the strategic plan, 2018-2019, the routes with the highest demand for direct traffic and that still do not operate in El Prat are Tokyo (182,000 passengers per year), Mexico (88,500 passengers), Bangkok (75,900 passengers), Santiago de Chile (68,500 passengers) and Delhi (65,200 passengers). “The top priority is to El Prat flight to Tokyo, so traffic route as per the demand of the Catalan economic fabric,” Ricard said yesterday Font, Secretary of Infrastructures & Mobility of the Generalitat president of CDRA.

However, Font acknowledged that the opening of the route is not imminent and becomes the main objective for the summer season of 2019. The two major Japanese airlines, ANA and JAL, as well as Level, the long-haul low cost IAG group, are the main candidates to operate the route. Precisely, Japan Airlines (JAL) announced yesterday the launch of a new low-cost long-haul company in 2020, which will operate between Narita Airport (Tokyo) and destinations in Asia, Europe and America initially with two Boeing 787- 800

As for Mexico, Font said that “it seems that by 2018 we will have good news, with an almost assured success” and a demand of 144,000 passengers. Recently, Emirates announced that it would operate the Dubai-Barcelona-Mexico City route after obtaining the fifth freedom from the Spanish Government. Although the Mexican authorities have suspended it in the interest of Aeromexico to fly to Barcelona still without a date to launch the route, the Generalitat trusts that the flight started this year in one of the two previous options.

The strategy for the next few years is to get new routes and deseasonalize them, increase frequencies and attract new operators, and for the moment this 2018 already has the route to Boston (United States) operated by Level, and Asiana will connect the Catalan capital with Seoul (South Korea) from August.

In terms of routes with growth capacity, the CDRA highlights New York, which still has an indirect traffic of almost 150,000 passengers per year, as well as Buenos Aires, with 125,000 indirect passengers. Other destinations in similar situation are Seoul, Los Angeles, Shanghai or Miami. “We believe that Barcelona represents a great opportunity for airlines,” summarized Font.

President of CDRA also stressed that the agency, composed of the Generalitat, Barcelona City Council, Aena and the Chamber of Commerce, has exceeded the targets set in the previous strategic plan with direct routes such as Beijing, Shanghai, San Francisco , Los Angeles, Boston or Seoul, as well as with the increase of frequencies to destinations of greater demand.

Traffic between Barcelona and the United States grew by 82% in the first quarter of the year, while that of Madrid only increased by 7.5% in the same period. In total, traffic between the Spanish and US markets grew by 25%, according to Aena. For each new passenger that created Madrid from one year to the next, Barcelona has generated 3.4 passengers. The main responsible for this growth has been the low cost Norwegian, with an increase of 76.2% of the traffic to this market in the first quarter of the year. Also Level, from the IAG group, has boosted the American market. In this way, the market share of Barcelona has gone from 23.8% to 34.6%, while Madrid has dropped from 76.2% from the last start of the year to the current 65.4%.