The Valencian company Air Nostrum recovers the air route between Valencia and Barcelona, after years without air service between the second and the third capital of Spain. The first plane will start on March 26 and the intention is to get return flights the same day, company president Carlos Bertomeu announced at a press conference with the president of the Generalitat Valenciana, Ximo Puig, and the Minister of Economy, Vicent Soler.

According to Bertomeu, it is a “risk bet”, since it is a “complicated route”: “Although it has volume, the average income is low.” Likewise, he has revealed that recovering this airline has been an express and repeated request of the Valencian government at a time when the railway connection is “deteriorated”. Puig stressed that it seems “unusual” that there is still no AVE (high speed train) between Valencia and Barcelona.

Bertomeu has said that the project is starting to walk and has not committed to give a daily number of flights, but has expressed its intention to make it possible to make the trip back and forth on the same day between the two cities. It has also committed to launch “specific flights to bring Catalans to the Fallas,” celebrations that take place in March.

At the same time, Ximo Puig has announced a subsidy line with Air Nostrum for “ecomarketing”: through an initial four-year agreement, the company’s planes will be “painted” with different cultural, festive and tourist motifs of the Valencian Which operates the company. In this way, Air Nostrum and the public company Society Thematic Projects (SPT) commit to invest 6 million euros each. The first year will decorate 20 aircraft progressively; The first will deal with the declaration of the Fallas as Intangible Heritage of Unesco. The promotion will change every year depending on what the Tourism Council determines.

Regarding the possibility that the aid could be interpreted as a subsidy to the route Valencia-Barcelona, the Valencian president has been forceful: “The Generalitat Valenciana is not going to subsidize that flight nor any”. Bertomeu has insisted that the new route and the tourism promotion campaign are “two absolutely separate issues”.

The president of Air Nostrum has framed Valencia-Barcelona flights in an attempt to boost inland tourism, which has decreased by 4% in the last year and is “the one that rises the average cost”, with trips of congresses and end of week. Likewise, it has announced that for this route the company will make a “selection of cabin crew of Valencian”.

In 2015, a total of 3.5 million passengers made intercontinental scale 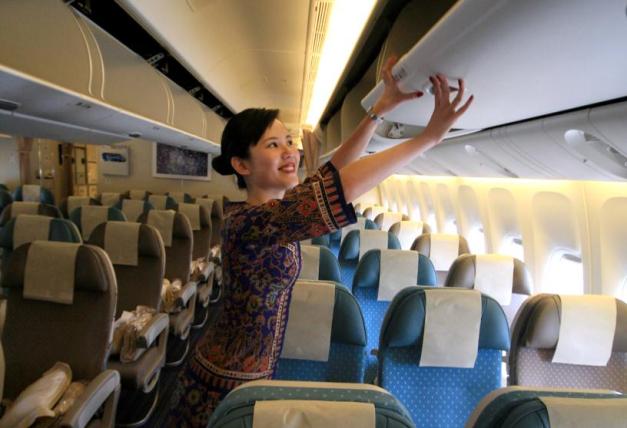 There is a demand to open new long-haul flights from Barcelona. The Development Committee of Air Routes (CDRA) of the Catalan capital is convinced of it. This body, composed of Aena, the Generalitat, Barcelona City Council and the Chamber of Commerce, which supports data. Of the 5.6 million intercontinental travelers or from El Prat last year, only two million flew directly. The remaining 3.6 million correspond to connecting routes with other airports. Thus, the objective for the coming years is to convert some of these direct links, mainly to North America and Asia-Pacific operations being treated with airlines.

Countries identified as targets in the strategic plan 2016-2017 of the CDRA are those who already have a critical mass that justifies having direct flights. Tokyo tops, which last year had 164,385 passengers to or from the Catalan capital, all indirect. In Seoul, only 12,447 traveled nonstop by 139,188 they did with connection. There are nine other airports intercontinental destinations with more than 50,000 annual passengers flying via other citieslong.

President CDRA and secretary of Infrastructures and Mobility of the Generalitat, Ricard Font, moved that the main efforts focus on opening direct flights to California (San Francisco or Los Angeles), Boston and Tokyo, although he acknowledged it will not be easy because although there is demand to justify the operation from the commercial point of view, airlines may not have enough planes to meet these routes.

In any case, the CDRA has been proposed that within two years Barcelona enter the group of the 42 major global airports with more than 10,000 passengers daily intercontinental routes (direct and indirect flights). El Prat current-mind has about 8,000. A tool that can help position the Catalan capital in this market long haul is that Barcelona will host in September next year, the World Routes Forum, an event that has the participation of airlines around the world year . also it wants to grow in cargo freight, transport interests the great Eastern customers. Synergies with cruises and intermodality with train are other aspects that are to continue strengthening.

Those responsible for the CDRA did yesterday balance of the first ten years of the agency, which was created to capture new intercontinental routes. At that time, this radio traffic El Prat has doubled from 2.2 million to 5.6 million travelers and 17 to 34 destinations, with some as prominent as Dubai, Banjul, Singapore and Bogota. Passengers on direct flights have increased sixfold, from 345 thousand to 2 million, the weekly frequencies have tripled (from 72 to 234) and seats offered, quintupled (from 324,000 to 1,600,000 per year).

The airport director, Sonia Corrochano, recalled that last year the absolute record of passengers (39.7 million), up 5% from 2014 and further growth of long-haul (+ 12%) fought. In the first quarter of 2016, the trend continues to rise (+ 16% in total passengers and + 17% on intercontinental routes).

History of Bacardi in Sitges

Bacardi is the largest spirits brand in the world that is private and family owned. It was founded 1862 in Santiago de Cuba as a rum distillery and today it owns over 200 brands and labels. Little people know that the story of Bacardi actually starts in Spain long before that.

In 1814, Facundo Bacardí Massó was born in Sitges. Son of a bricklayers’ family, he emigrated to Cuba in 1830 when he was 16 years old, following his older brother. In 1844, Bacardi married Amalia Moreau, a wealthy French lady. After a few months, he opened his own mercantile shop. The couple had 6 children, whom played important roles in the history of the company.  After an earthquake hit Santiago in 1852 and a cholera epidemic followed it, the family returned to Sitges to escape the poor conditions.

Upon their return to Cuba, the business went bankrupt and Bacardi started attempting distilling rum. Rum was considered to be a cheap, low quality drink, and Bacardi developed a unique process with a type of yeast for fermentation, then filtering through charcoal and aging in white oak barrels, which made the final product transparent and fine, being the first white colored rum in the world. Mrs. Amalia spotted bats in the distillery one day and suggested it became the brands symbol. There were many bats that were scared away with a buzz. The fruit bats were attracted to the smell of the molasses. The bat figure was fundamental for Bacardi’s brand recognition since back then most people in Cuba couldn’t read or write.

When the Cuban Ward of Independence started, Bacardi’s eldest son was arrested several times for joining the rebels. While the women of the family were exiled in Kingston, Jamaica, the company was run by Emilio’s brothers Jose and Facundo. After the end of the Cuban war, today’s popular drinks Daiquiri and Cuba Libre were both invented using Bacardi Rum. Under the management of Bacardi’s son Facundo M. Bacardi, the company started its first international expansion opening a bottling plant in Barcelona in 1910.

Today, Sitges is home to the Casa Bacardi, a museum that tells more about the Heritage of the brand and the process. Besides that, at the museum there is a lounge bar for Bacardi’s products tasting, a terrace and a bartender school.

Sitges is located 30km south of Barcelona and easily accessible by train. Casa Bacardi is located at the Plaça Ajuntament, right on the city center.