62 boats from ten countries compete in the great Barcelona race

A total of 62 yachts from ten countries taking part in the 43rd Trophy Conde de Godo sailing, organized by the Real Club Nautico de Barcelona (RCNB) and is held from today until next Sunday in Barcelona coastal waters.

The competition brings cruise ships different models grouped into three categories (0-1 ORC, ORC ORC 2 and 3-4) depending on their length and features and J80 monotypes,
who dispute their regattas in real time.

Godo Sailing is the first race of the peninsular schedule for ORC cruises and has established itself as an international event with the presence of teams from the United States, Peru, Chile, France, Italy, UK, Switzerland, Finland and Russia, and Spain.

The five teams that won the titles at stake in the last edition racecourse return to Barcelona to defend: the Rats on Fire of CN Arenys de Mar (ORC 0), the US Extreme Ways (ORC 2), the Air Ian Aermec Mallorca (ORC 3), the Limit of Badalona Sailing Club (ORC 4) and the Nautica Watches of CN Balís (J80). In addition, Pep Soldevila, owner of the team is Tes Unno, who won last year in ORC 1 this year will defend siren winner aboard the Swan 45 Coratge.

None have it easy because many rivals come with a remarkable shooting, as the Fyord-Maverta of Pedro Gil and Jose Luis Maldonado, competing for the RCN Torrevieja and arriving unbeaten this season with aspirations of improving the second-place finish last year in ORC 3. also the J80 class, which will have its own race course near the hotel W, promises the ultimate thrill, as the Godo Trophy comes to be the continuation of the championship of Spain held a few days ago in Barcelona, organized also by RCNB. The winner, HM Hotels, runner-up, Rascal Movistar, and the third, Nautica Watches, will meet again bows amid a fleet that meets sailboats fourteen absolutely equal. The races include a total of eight tests in ORC and nine in J80. 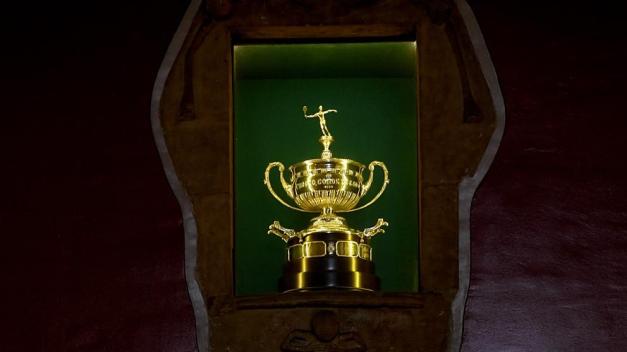 The tennis world looks away to Barcelona until Sunday 24 April. About to close the blinds in Monte Carlo, it’s time to open it and continue enjoying the clay in Barcelona, time to taste those long and disputed points that lead to the racket sport quota limit effort to see the best specialists on clay displaying all his technique. Take, drive, backhand volley … if the play requires it, why not a smash winner. Comes the best tennis. It is time Godo.

In this edition, the 64 and (the first game was played in 1953), the competition will again be fierce, but two stand out names such as main favorites, Rafa Nadal (29 years), the best Spanish player of all time, trophy winner no more and no less than eight times, which never throws in the towel, and Kei Nishikori (26), winner of the last two editions and aspiring to repeat and achieve a unique hat-trick considering that the Japanese seem to have obsessed with it: he resigned from Monte Carlo to fully prepare a tournament that loves almost as much as the city where it is celebrated.

Other candidates for victory will be the incombustible David Ferrer (34), which must first overcome his physical problems to qualify for the throne, and Frenchman Richard Gasquet, who completes the quartet of players who remain currently installed on merit on the top-10 world circuit, try describing the high level again, the Barcelona Open Banc Sabadell this year indisputable.

Laggards by youth and lack of palmares but not for lack of enthusiasm and potential are emerging values, and that jut Alexander Zverev (18), German tennis player of Russian descent and Hyeon Chung (19), come from a country that it has little to talk in tennis history so far, South Korea, and whose intention is precisely to overturn this lack of tradition.

At the other end, in the twilight phase of his career, is Feliciano Lopez. You may have the Toledo, genuine product of the tracks on the RCT Barcelona, few options of final victory, but there is a title that awaits and it is no small thing: to become, with 16 appearances in the player who more times has disputed the trophy Conde de Godo, equaling the legendary Manuel Orantes. Almost nothing.

And, outside of sports competition, the first argument of a long hard trophy to strip for anyone who craves lifting, the Godó is much more than that. It is fidelity to tennis beyond the final outcome. It is the reaffirmation of the idyll, lived more intensely for a week, of a city that has always felt the racket as their own and not have to see the daily practice of thousands of fans who always find space to enjoy the scrimmage ball in the various facilities scattered around the city. The Real Club de Tenis Barcelona, in that sense, symbolizes how few clubs fusion and identification of its members with a sports entity that has an iron and breathe tennis on all four sides.

Just as reinforcement of the partnership that sometimes goes beyond sport, a year will gain relevance the village, meeting place and social and economic dynamism that runs parallel to the competition and allows placing the Open Banc Sabadell in an event that goes far beyond simply holding a tournament. There are already 64 editions but health is so good that anyone would think talk of retirement.

In fact, that plus to not have other tournaments with less “solera” is the one that attracts and has attracted for decades to the best specialists in every age, from the legendary Bjorn Borg, winner in 1977, passing his countryman Mats Wilander , who claimed victory on three occasions in the eighties, not to mention the Czech Ivan Lendl and of course the cream of the history of local courts, based on myths like Santana (the oldest winner in history with 31 years, 5 months and 15 days) and the aforementioned Orantes and raising above all to Rafa Nadal, able to win more than anyone Goths, going to call Barcelona with a regularity and a competitive instinct difficult to assess without being overdone. Just one thing to remember: five of the eight titles of the Mallorcan achieved without losing a set.

Who knows if eventually someone will be able to beat that and other records priori impossible. The longest final data of 1953 (61 games, the third set, 22-20) and the shortest of 2014 (16 games). They are stories that enrich the story of a Godo part of tennis history. Since enthusiastic pioneers give the passage in 1953 until today, with a club dump and open to the city as a great demand for a universal sport.

The mayor of Barcelona, Xavier Trias, has given an official welcome at sixteen sailors from nine different countries that next December 31st will be starting in the third edition of the Barcelona World Race, a race around the world yacht with two crew .

During the ceremony, the floating dock installed on the Portal de la Pau, opposite the statue of Columbus, where eight are moored yachts participating in the regatta, the mayor and the director of Ocean Sciences Intergovernmental Oceanographic Commission of UNESCO Luis Valdés, they handed to mariners of scientific material carried on board during the circumnavigation 24,000 miles to meet mandated by the Commission for Unesco mission.

Each yacht will leave at sea, on a planned route point, Argos beacon to collect and send data via satellite to measure ocean temperature and salinity to depths of 2,000 meters. It is the first time you performed a scientific program of its kind in the framework of an ocean racer experts greatly appreciate the opportunity to obtain information from the seas of the southern hemisphere around Antarctica, where just browsing and, therefore still are unknown for this purpose areas.

The official delegation, which also part Maite Fandos, fourth deputy mayor and president of the FNOB (FNOB), organizer of the test, and Sixte Cambra, president of the Port of Barcelona, as well as representatives from various agencies scientists such as the Institute of Marine Sciences, the Higher Council for Scientific Research, the Chemical Institute of Sarria and Barcelona Digital Technology Centre, made a tour boat boat to greet the teams.

The mayor said at the end in his speech that “Barcelona is a city that lives facing the sea and offers great value to sailing events, both the Barcelona World Race, which now the third edition is organized, as Count Trophy Godo or Puig Classic Sailing Regatta “. Trias thanked the sponsors that make possible sporting competitions and also stressed the economic aspect that these events mean for the city and for many companies.

Maite Fandos, meanwhile, praised that also the Barcelona World Race also provides other values, such as the educational aspect, in which more than 28,000 students from many schools involved, and social, with several projects in collaboration with Caritas, for example.